James Francis Gill was born in 1934 in Tahoka, Texas, where he lives and works today. Gill is considered in the literature as an important co-founder of Pop Art and is one of the last living artists of this movement.

In 1961 and 1962 Gill studied painting at the University of Texas at Austin. As a young artist, he moved to Los Angeles, where he met Felix Landau. Landau was one of the most respected art dealers of his time. He saw in Gill’s work, influences from Gustav Klimt, Egon Schiele and Francis Bacon. He was dealing with all these artists at that time.

In December 1962 Landau organized a first solo exhibition for Gill in New York. This resulted in the purchase of two works by the Museum of Modern Art (MoMA). Gill’s works were regularly shown at MoMA in the mid-1960s with works by Edward Hopper, Robert Rauschenberg, Pablo Picasso, Heinz Mack, Alexander Calder, Ernst-Ludwig Kirchner, Claes Oldenburg, Jasper Johns, and others. Other museums such as the Whitney Museum of American Art, the Smithsonian American Art Museum, and the Stiftung Ludwig also included Gill in their collections.

James Gill has a special connection to Marilyn Monroe. Shortly after her death in 1962, the Museum of Modern Art, New York included Gill’s painting „Marilyn Triptych“ in the permanent collection.  This was James Gill’s breakthrough in the art market.

In 1967, Gill is shown at the São Paulo 9 Biennial as an official U.S. participant along with Andy Warhol, Roy Lichtenstein, Robert Indiana and Tom Wesselmann, and others. In 1968, the TIME Magazine commissioned him to design the cover. Hollywood stars such as John Wayne, Tony Curtis, Dennis Hopper and Richard Chamberlain commissioned him to paint their portraits or collected his art. Major national corporations such as the Mead Corporation and Time-Life purchased his paintings for their collections.

In 1972, Gill left Los Angeles. He wanted to distance himself from fame and glamour. During this time, he continued painting. But he did not present his works to the public until the late 1990s.  During this time, he worked as an architect. In 1997, art historian David McCarthy wrote an article about Gill for the Smithsonian American Art Museum’s art magazine. This interview initiated Gill’s return to the art market. In 2005, a major retrospective was presented in his current hometown San Angelo, Texas at the Museum of Fine Arts. Other museum exhibitions followed.

I love to paint. When I wake up in the morning I think: Now I can paint again! Sometimes I think in the evening: So now sleep quickly, then I can start painting again in the morning.

Gill has the most awesome biography you can imagine.

A gallerist in the Frankfurter Allgemeine Zeitung

Gill removes the masks of public figures and reveals their blurred anonymity with a powerful impulse on our consciousness.

James Gill's paintings are as current as the morning paper.

There are no rules on the canvas. It can go anywhere. Every painting is a very own, special experience.“ 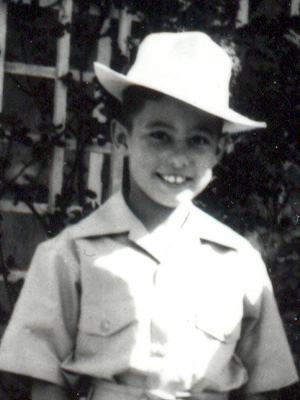 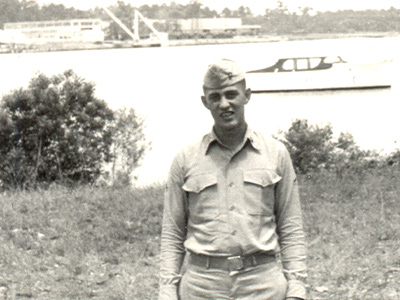 1956
1956
Art studies After his time in the Navy, Gill worked as an architectural designer.1960-1961 he studied art at the University of Texas, Austin on a painting scholarship. 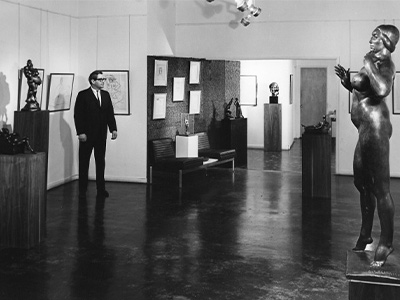 1962
1962
Felix Landau Gallery Felix Landau, one of the most influential gallery owners in the USA, contracts James Gill. He organized his first exhibition at the end of 1962. 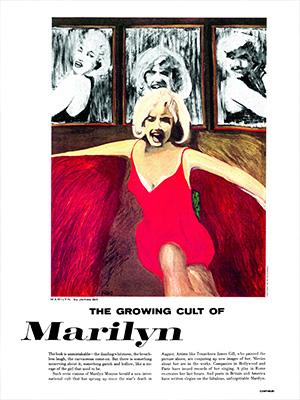 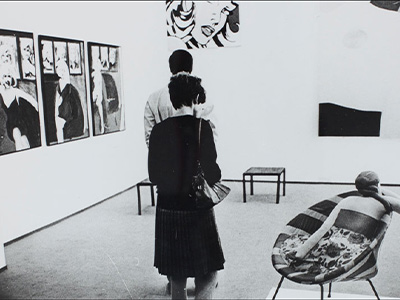 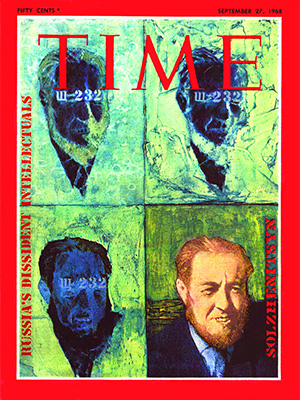 1968
1968
Time Magazine James Gill was commissioned by the publisher of TIME magazine to do a painting for the front page. The work shows the escape of Alexander Solzhenitsyn from Russia. Later it was purchased by the National Portrait Gallery, Washington D.C. 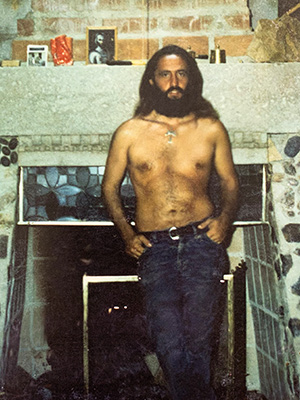 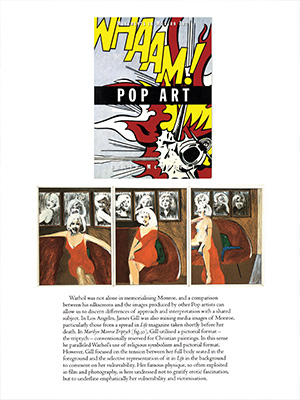 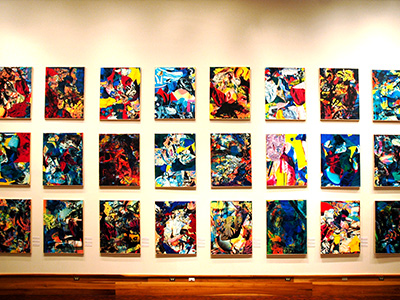 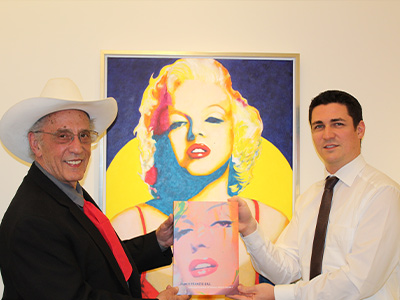 2012
2012
Worldwide gallery and museum exhibitions Ted Bauer takes over his management. He organizes museum and gallery exhibitions for Gill worldwide. 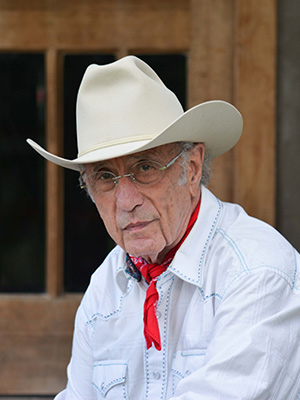 We are here for you.

This website uses cookies to improve your experience while you navigate through the website. Out of these cookies, the cookies that are categorized as necessary are stored on your browser as they are essential for the working of basic functionalities of the website. We also use third-party cookies that help us analyze and understand how you use this website. These cookies will be stored in your browser only with your consent. You also have the option to opt-out of these cookies. But opting out of some of these cookies may have an effect on your browsing experience.
Necessary immer aktiv
Necessary cookies are absolutely essential for the website to function properly. This category only includes cookies that ensures basic functionalities and security features of the website. These cookies do not store any personal information.
Non-necessary
Any cookies that may not be particularly necessary for the website to function and is used specifically to collect user personal data via analytics, ads, other embedded contents are termed as non-necessary cookies. It is mandatory to procure user consent prior to running these cookies on your website.
SPEICHERN & AKZEPTIEREN